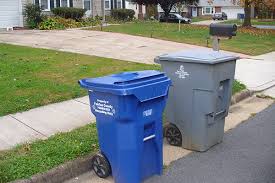 Surveillance: Idaho Code Ann. § 18-6702: “Illegally recording or disclosing the contents of a conversation without consent is considered a felony and is subject to a maximum $5,000 fine as well as up to five years in prison.” This is misconstrued however for some people as it is a gray area unless conducting an investigation. Idaho also has a state specific law 18-6609 for the crime of video voyeurism. This means that a recording cannot be made in a place where a person would believe that they would have any expectation of privacy or could be in the nude. .

Surveillance laws in Idaho are indicated by the one party consent rule. It is allowed as long as you aren’t recording in places where there is expected privacy, and aren’t on private property without consent of the owner. This can sway multiple directions. Recently I was on a case of a cheating spouse, and my client is the owner of the home. Her boyfriend however wasn’t and therefore I needed her consent to be on the property. The tricky part is where the boyfriend tried to fight my surveillance due to being in the home, and behind closed doors. The privacy rule would be full affect however due to curtains being open and the bedroom was visible from the road, I was able to maneuver myself to record into the window which mind you had the curtains wide open. There was enough light from the lamp that it was visibly seen from the street which is a public place. It went to court, and I was able to show the video as well as my location via google maps and diagrams drawn to show where I was located, and a detailed report of the incident I witnessed. Therefore, I was within legal rights and boundaries and expectation of full privacy went out the window (no pun intended)

Refuse Collection: Private investigators can indeed search trough your trash can. It does however need to be on the street, alleyway, or designated area for trash pick up. However, if it is on private property (driveway, yard, side of house) you can not. It would be considered trespassing and possibly theft on top of it.

GPS Tracking: Idaho, Idaho Code § 18-6702, Discusses this in detail but it is a bit more complicated than that. The consent of the owner or one owner of a vehicle is needed in responding to this. If someone is on the registration of a vehicle and is a client by all means the laws allow for them to give consent for the GPS on it. however if it isn’t in their name, without a warrant you will not legally be able to do this. Invasion of privacy comes into play and is important to note when doing this. Some courts however will view this as invasion to privacy due to tracking the vehicle movements in public areas where there is no expectation of privacy.

Sometimes a spouse will have a GPS access to a vehicle shared with their significant other. Their access can be given to the private investigator. Idaho v. Danney (Court of Appeals, State of Idaho, 11/5/2010) is an interesting case, and has been viewed several times. Personally I will not go beyond permissible actions of placing a GPS tracking device.

Often times a GPS may be placed depending on the case type and reasons being the safety of the investigator such as people drinking and driving, or possible harm from paranoia. As long as there is a permissible purpose/ good reason to do so.

Pretexting: Pretexting is something sadly a lot of Private investigators do regularly. This includes stating they are law enforcement, the subject they have a case on, or state officials. It is illegal to do so let alone to obtain information otherwise not available to you by doing so. Examples would be to obtain financial records, credit reports, work information etc. This is a practice no one should do. The only time I did anything to the like was when I was made on a surveillance, I pulled out my fugitive recovery badge and stated I was there to locate an individual who had a warrant. But I had used an actual wanted poster I made for my company as I had a contract with a bail bondsman.

Motor vehicle records: Section 49-203 – Idaho State Legislature “PROHIBITION ON RELEASE AND USE OF PERSONAL INFORMATION CONTAINED IN MOTOR VEHICLE AND DRIVER RECORDS”In this section, there are multiple reasons for the usage of the records and authorization for this. “For use by any licensed private investigative agency or licensed security service for any purpose permitted under the provisions of Idaho Code, Title 49.” (Idaho Motor Vehicle Record Request) This is used to identify individuals on cases pertaining information that can lead to resolving matters and or issues for the case itself. In most cases I have personally seen, it has allowed for me to obtain location and vehicle information on subjects, violators, and questionable people. It has also aided in apprehension of subjects as well for bail enforcement.

Audio recording: In Idaho The law on audio surveillance is a little clearer than the law regulating hidden camera surveillance. If you’re going to record a phone call or an in-person speech (using either the standalone audio recorder, mobile phone or a video camera that also captures audio good), Federal and state laws require that at least one person is aware of the recording. This Idaho law can be found under Idaho Code Ann. § 18-6702(2)(d) “An individual has the right to record or disclose the contents of an electronic, oral or wire communication that they are a party to or if one of the parties has given prior consent to the recording of said communications.“

Throughout these laws, we need to keep a watchful eye and update ourselves regularly. This is because it’s important for us to know what our rights are and how we should protect them.

We stay awake so you don’t have to!